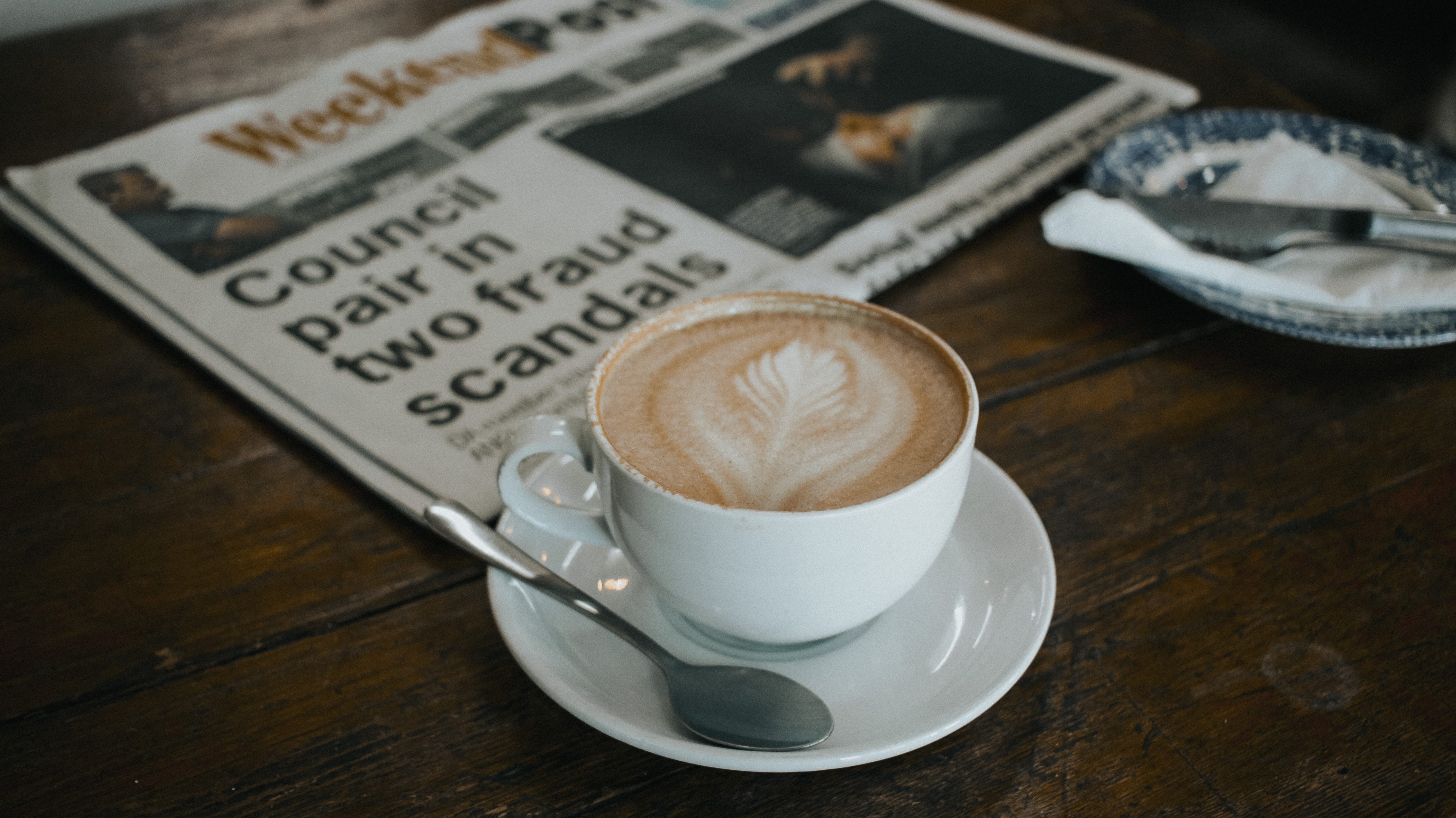 Aaaaahhh headlines. The joy of drafting a hilarious opening, the desperation of the editing process. I love headlines. I hate headlines. I jump out of bed to read headlines. I work hard to combat the wrong kind of headlines. Headlines are a major part of my working week.

They should be a major part of yours too. Headlines are now everywhere: beyond newspapers and magazines, radio and TV, you’ll find them in subject lines of emails, on blog posts, and as social media statuses and posts.

How hard can it be to write a headline?

When I was working on a website project a few years ago, I was asked to re-write the headlines for several hundred blog posts because the new web agency had (sensibly) put in a character limit on the headline of some 300 characters. That’s around the length of this paragraph.

No word of a lie, I had to edit down several headlines which had over 300 words in them. Three. Hundred. Words. In a headline. For days, I hacked away and revised them down using intuition, experience, keywords and optimising tools. To do that, I also needed to read every post. It was a long week.

Over recent days, I have been optimising headlines again for a top-secret project that I am working on that’s going to make all your lives’ better and save business and the planet. Obviously. And it brought me to thinking again about a separate, upcoming writing course that we’re running. That course will, in part, cover headline writing and why it’s so important.

In the spirit of testing and refining the content for that course and this blog, I asked some Twitter friends this morning to name their favourite headlines of the past few days. Here’s a selection of the best:

£A.I. recognises and locks out murder cats” is clearly a genius headline from Hackaday as nominated by #SheBreaksTheLaw co-founder @cguimond11.

£Post Brexit news to be available on Ceefax page 555” is a brilliant one chosen by marketing genius Helen Burness from the Dailymash.

£The BS-Industrial Complex of Phony A.I. (How hyping A.I. enriched investors, fooled the media, and confused the hell out of the rest of us)” was #bringbackboring’s cheerleader Alex G Smith via Medium

And, courtesy of some Facebook contacts from the Freelance Heroes group:

‘They said we used cheddar!’ – in The Guardian about a restaurant that asked to be removed from the Michelin guide.

And finally… £Queen reproves offer of help to plant tree, saying ‘no, no, I can still plant a tree’” which appeared in the Daily Telegraph.

What can we learn from the above headlines?

First, that although the people I’ve asked are all highly qualified and incredibly busy professionals, they all recall a great headline from this week. That’s something to think about when you next draft a story, a blog or issue a press release.

Secondly, that humour is regularly used even in national and broadsheet papers. However, it needs to resonate with the audience of the title (and so be inclusive). If it alienates anyone, then you’ll quickly lose readers. This is why Christmas cracker jokes are always groan-worthy because everyone £gets” the joke and so has a collective experience. If cracker jokes were actually funny, someone would be left thinking or saying £I don’t get it”. So use humour carefully in headlines.

Thirdly, that a pull quote is often a great way of dragging in an audience. Everyone wants to read the story based on the cheese quotes above, right?

Fourthly, that a call to action can make for a great headline. Think intrigue and the sidebar of shame. £Who’s dating Taylor Swift?” Click.

What is the point of a headline?

Arresting people. Grabbing their attention. Pulling them in. Making them read on.

The purpose of a headline is to wake a reader from their mid-commute slumber, or make them laugh on a Sunday reading the Home section of The Sunday Times and pay attention. And to drag their sore, tired eyes to the next line in your piece. That is all. It’s a bonus if it makes you or your editor/sub editor/marketing director laugh. Even more of a bonus if it’s so memorable that it gets quoted at you later in life.

How long does it take to write a good headline?

Seconds, minutes, hours, days, and a sprinkling of hindsight and a smidgen of regret.

Who knows? The answer is: spend some time on it.

Why spend time on writing a good headline?

Only die-hard fans are going to read your piece if you don’t give them a great headline.

Headlines can double or treble your audience. Maybe more.

How do I write a great headline?

Have I written great headlines? I hope so.

Fine, then. How do I write a *good* headline?

Now that’s a question I can answer. I can also answer the question ‘How do I improve the headline I have written?’

First: ditch your ego. Every writer for a magazine or newspaper or online has had ‘their’ version of the headline dropped in favour of the subs’. Subs care about readers reading things, and they’re there to optimise readership and ensure consistency across the title and remove duplication.

The first rule of marketing is: You are not the client.

The first rule of marketing writing is: You are not the reader.

Draft the headline for the reader every time.

(Somewhere, I hope Mark Ritson is quietly nodding his approval of me using this mantra).

Secondly: If you’re writing for your own blog post (like I am here) then you have to consider the headline a separate piece of content generation. Sometimes it gets written first as a guiding light for the piece. Sometimes it gets drafted last as a summary of what else has been covered. Do whatever works for you, but please do remember to review that it works with the final draft.

Thirdly: You need to write something that alludes to the content and draws people in. It doesn’t need to cover all the elements of the piece (see the headline for this piece) but it does need to be something that people would grasp what the likely content would be about.

Fourthly: Sometimes, the author feels they need to add a sub-heading to explain it. In my experience, if you’re writing for European audiences, don’t use a sub-heading as the audience isn’t expecting it. They detract from the European headline humour. If you need to explain a joke, well…

Americans, however, love a sub-header. When used correctly, they perform a role similar to what we do in the first paragraph in Europe, which is another point we cover in our writing training. Americans are more used to them, and their readers expect them, so that’s when to use them.

Finally: Headlines need an emotional pull to be good/great. Tools exist to help you improve your headline to make it good enough. Maybe even great.

You want one? Okay, try using this headline analyser tool (£EMV”) which tells you the emotional pull of your headline.

I found this headline this week: £Employment law updates: important changes for employers”. It scores precisely 0% on the EMV rating tool. There’s nothing to pull you into the piece. Nothing to distinguish it from the several hundred other similar articles issued this week by other firms.

Perhaps, in light of the thoughts above, the author could try:

£What are the latest important employment law changes for employers” which at least has the decency to score 20% on the EMV rating.

£Why do employers need to know about Restrictive covenants and covert recording today” 38.46% (both these points are covered in the piece and will differentiate this edition from prior editions.)

Or even better… £Do you need to stop covert recording” which scores a whopping 71% on the EMV score.

Ed Goodman, the co-founder of Freelance Heroes, names this classic from The Sun, after Celtic were beaten in the cup by minnows Inverness Caledonian Thistle. It read £Super Caley Go Ballistic, Celtic Are Atrocious”

My personal favourite of the week is one that one client knows about and hopefully thinks it was worth the effort that went into it.

My personal greatest of all time is this, which Mike Gutsell of Osborne Clarke first introduced me to: 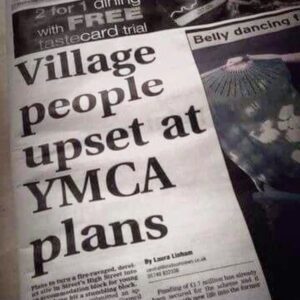 The headline appeared in a Somerset newspaper with a circulation of around 30,000 (from memory).

It’s a valid local story. People want to read about the plans.

Everyone (and I mean everyone) gets the joke.

Everyone will read at least the first paragraph because of the headline.

And it travelled around the world. The last time I looked, it had been read by millions.

Now, that is the power of a headline.

Want to make your own headlines?

Want to hear more about the writing course for you/your whole team? Get in touch. 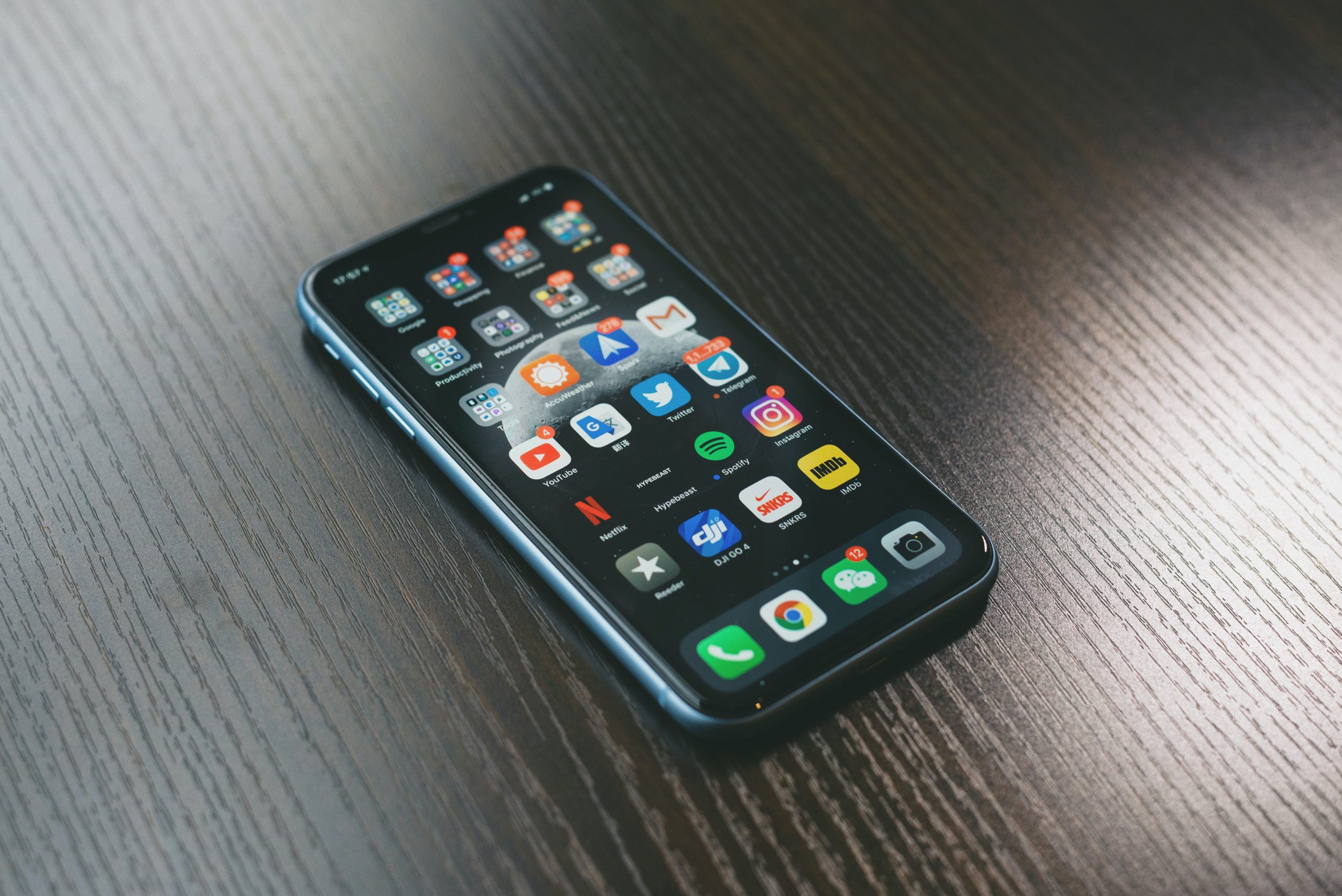 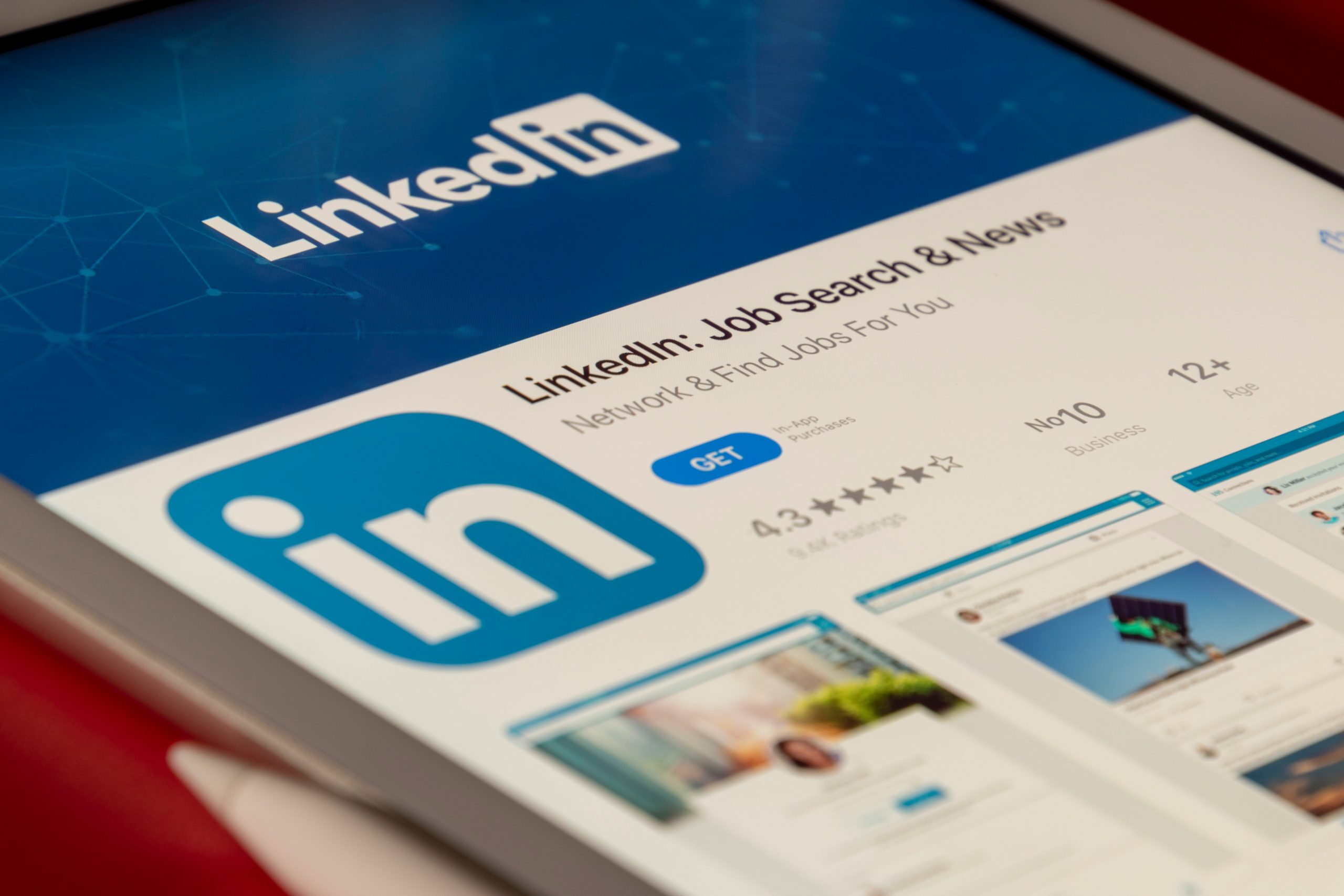 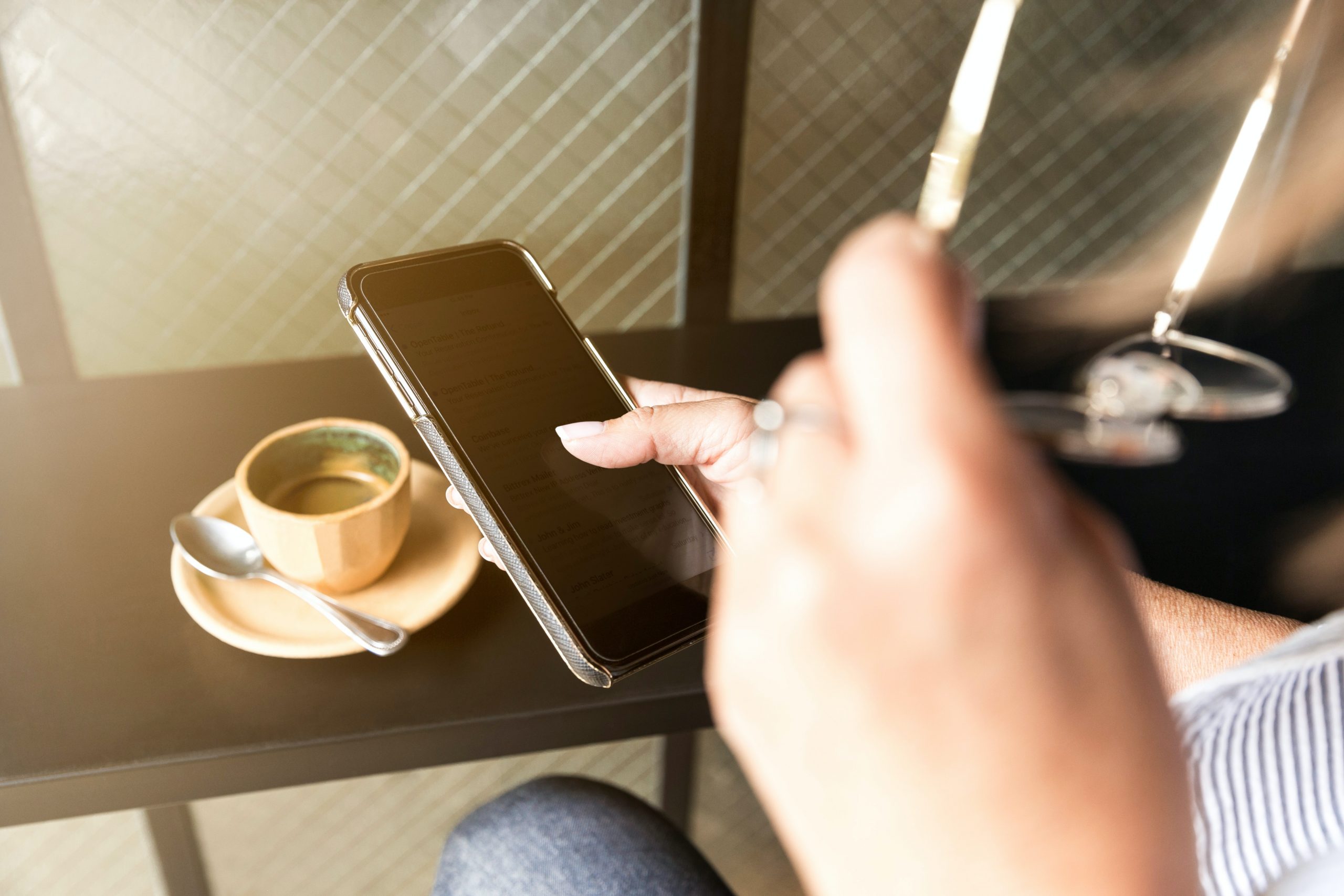